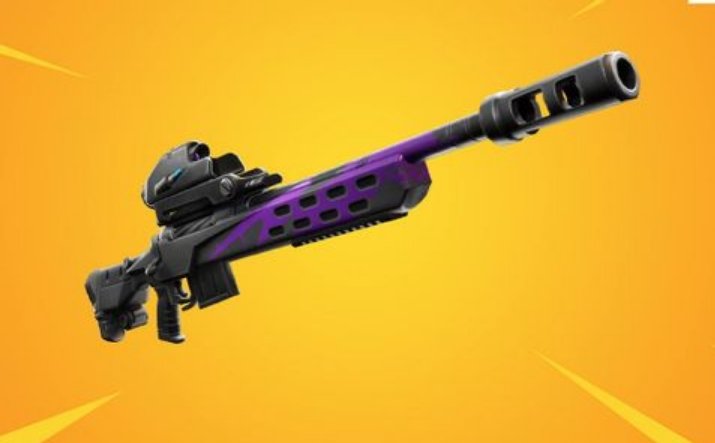 Fortnite Season 5 is filled with hidden exotic weaponry, and here is where players can find the Storm Scout Sniper Rifle and stay ahead of the storm.

The Storm Scout Rifle isn’t strictly speaking a new weapon for Fortnite fans who played in Chapter 1, but only one is available each match in Fortnite Season 5. This exotic rifle is not only powerful from long range, but it also predicts where the next storm circle will be located. This makes the Storm Scout Rifle one of the best weapons to have for players who like to rotate early and position themselves on the high grounds.

Fortnite Chapter 2 Season 5 is one of the most ambitious seasons to date with the introduction of NPCs. These NPCs can be found scattered around the map and have a variety of uses. They can assign players quests, initiate bounties for other players, trade items and weapons for gold, and some even offer players rare exotic weapons. Each NPC offers unique items and challenges making it important for players to learn what each one offers and where to find them. The Storm Scout Rifle is one such weapon that can only be obtained from a specific NPC.

How To Get The Storm Scout Rifle In Fortnite Season 5

The Storm Scout Sniper Rifle can be obtained from Lexa, an NPC located at the new Hunter’s Haven POI. This is a heavily contested area meaning players will have to lie low or fight tooth and nail before safely securing the exotic sniper. Lexa isn’t hard to find as she appears in the same house every match in the middle of Hunter’s Haven. The hardest part of landing at Hunter’s Haven are the three I.O. Guards who patrol the center of town. However, players will want to make sure they are strapped with more than just weapons when landing in Hunter’s Haven.

While the Storm Scout Sniper Rifle is a coveted weapon to have, it comes at a price. Players will have to pay Lexa 1,225 gold bars in exchange for the exotic rifle, and no, they can’t duel her for it. Some NPCs allow players to fight them in exchange for a legendary or epic weapon, but all exotic weapons have to be bought with cold hard cash. Luckily, the amount of gold a player has accumulates from round to round, but over a grand in gold is still a steep price to pay. Regardless, Lexa in Hunter’s Haven is the only way to get the Storm Scout Rifle.