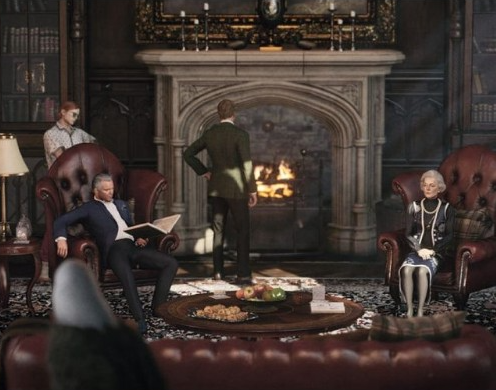 There are many things other than assassinating targets for players to do in Hitman 3. This guide shows players how to open the safe in Dartmoor.

The newest entry in the acclaimed stealth franchise, Hitman 3, has finally arrived. Players are able to hop back into the shoes of Agent 47 as he sneaks around various diverse levels, dons many different kinds of disguises, and dispatches targets in a wide array of fascinating ways. Despite a long history in the gaming industry, this most recent entry is picking up steam as one of the best and most rewarding of the Hitman games.

Players may spend the majority of their time with Hitman 3 assassinating different targets, but there are other objectives to complete as well. Many missions will task the player with discovering hidden objects or opening locked safes. This is exactly what players will have to do with the Dartmoor mission in England, where players will need to track down a case file. This guide shows players how to open a safe and acquire the case file.

Hitman 3: How To Open The Dartmoor Safe

In order to get to the safe players will need to travel to the second floor of the building to find Alexa Carlisle’s office. All of the clues that players need to get the safe open will be inside the office, so there is no need to stop anywhere else on the way. Players will need a guard’s uniform to explore the second floor, so it’s best to take out a guard on the ground floor in order to roam the second floor relatively unhindered. Once inside the office players can walk behind the chair and press a button. This will reveal a safe behind a painting on the left side of the room.

Once the safe has been revealed players will then see four symbols above it: a clock, a telescope, a fire, and a moose. Players will then need to travel around the mansion in order to find each of these objects. Once found there will be a number that corresponds to each one that players can then bring back and input in the safe. For those players who don’t want to put in all of the work of tracking down each object, the code is 1975. This code just needs to be put inside the safe in order to open it up and acquire the case files for this mission.

Hitman 3 can be played on PlayStation 4, PlayStation 5, Xbox One, Xbox Series X, Nintendo Switch, and PC.