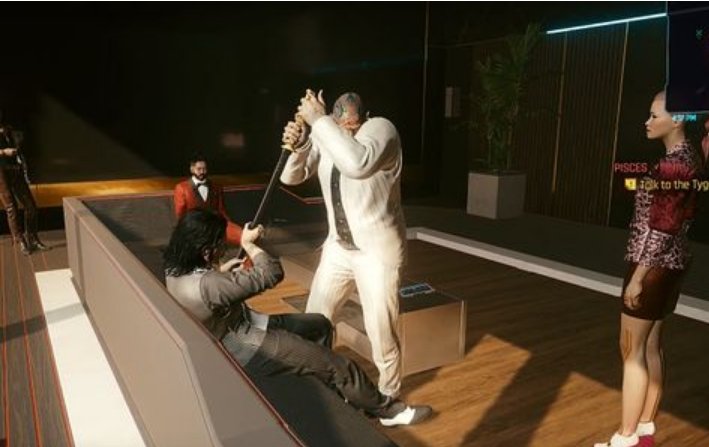 Romance in Cyberpunk 2077 is more so about completing missions, accepting or refusing Maiko’s deal will have an impact on V’s relationship with Judy.

Judy, one of the lesbian romance options for Cyberpunk 2077 players, has several quests that affect her feelings about V, including the one with Maiko and the Tyger Claws called Pisces. This quest decides the fate of the club Clouds, the Tyger Claws, and V’s relationship with Judy. With so much on the line, there is reason to take precautions here.

Maiko will put players in a bit of a precarious situation with the Tyger Claw leaders. Maiko wants to take over the Clouds management and Hiromi Sato’s job. There are three main routes a player can take, but which one is the best?

What Happens In Cyberpunk 2077 From Accepting Maiko’s Deal

At the meeting with the two Tyger Claws, V can play along with Maiko’s new scheme and convince the bosses to hand Hiromi’s job over to Maiko. In this situation, the bosses will be easily satisfied and kill off Hiromi themselves with the katana on the table. The bosses will tell Maiko that they will make it look as if this was their plan all along and propose at a future meeting for her to head the Clouds operation. They will also proceed to offer V jobs in the future with them.

Maiko will be very satisfied and ask V to follow her into the hall, before paying V for the service. Judy will become immediately angry after this interaction, but still, ask the player to meet her out on the street level by the food vendors. Judy will air out her frustration with V letting Maiko use them to gain control of the Clouds when the point of the job was to free them. Judy will be even angrier if V accepted Maiko’s money. Judy will leave irritated with the whole situation and likely not be interested in romancing V afterward. This choice should only be made if it makes sense for V role-play wise or if the player simply likes getting under Judy’s skin.

What Happens In Cyberpunk 2077 If V Kills Maiko

At the meeting with the two bosses, V can take the situation into their own hands and cut the chatter by outright fighting the two bosses. Much like if the player refuses to play along with Maiko’s plan, she will become very agitated and try to tell the player that the other Tyger Claws will return for the Clouds. Instead, tell her to choose her life or her words here.

In this situation, Maiko reminds the player that she also has a doll chip and will immediately proceed to fight V for the Clouds. Once V has successfully slain Maiko, Judy will ask the player to meet her on the ground level near the street food vendors. Judy will be very surprised to hear about V killing Maiko here. The player can apologize to Judy, which she will appreciate. She’ll need to gather her thoughts before speaking to V on the subject nonetheless. She’ll end up leaving V here awkwardly, to process everything that just went down, likely making this a semi-neutral, semi-negative thing to throw Judy’s way if the player is interested in romancing her. However, if the player is playing a male V and wants to support the Moxies but not grow close to Judy, this option may be worth it.

What Happens In Cyberpunk 2077 From Refusing Maiko’s Deal

At the meeting with the two bosses of the Tyger Claws and Maiko, V can actively choose to work against Maiko without killing her. In this instance, the leaders will not take Maiko seriously, and players will have to kill off the two in the deal and Hiromi Sato. This will cause Maiko a great deal of anger but she will not fight V on the situation. Maiko will say that the Tyger Claws will eventually come for the Clouds though.

While this is what Maiko believes, V and Judy have come to their conclusion that the Tyger Claws will cut their losses and let go of the Clouds. Maiko and Judy will both agree that V should get out of there immediately after this action. Head out to the food stalls on the street level outside of the apartment. This will relinquish the Tyger Claws’ hold on the business and return freedom to the Moxies. As a member of the Mox, Judy will be very happy with V’s choice here.

Judy will express her frustration that the situation had to go down the way that it did and that Maiko tricked her and V. Remind her of the real goal in mind, she’ll express her gratitude via a kiss on the cheek to a female V before leaving. This is the only positive ending players can get out of the quest Pisces and is the best to choose for anyone wanting to romance Judy.